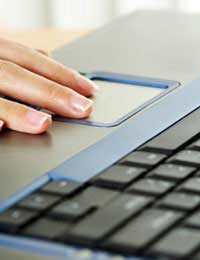 How a business letter looks can have as much impact as what a business letter says, so selecting an appropriate format and font to convey your message should not be taken lightly. The way in which you format your letter, whether you select block, modified block or semi-block format, will determine how the components of the letter look on the page while the font you select can contribute to the overall tone and level of formality. Making informed decisions about these aspects of your business letters will ensure that you are aware of all aspects of your communications and that they work well to create a harmonious whole.

Block format is probably the most common, traditional format for business letters. Many templates which are provided by word processing packages are already in block format and many people recognise this as the most formal format available for business communications. In block format the entire letter is left justified and uses single spacing, except for between paragraphs where double spacing is used. The sender’s address, date and recipient’s address all appear above the salutation, body and closing of the letter while enclosures are noted below the sender’s signature. If the typist of the letter is not the writer of the letter then his or her initials may be noted below the enclosures line as well.

Business letters which utilise modified block format include the same components as block formatted business letters (addresses, date, salutations, closings, enclosures, etc) but are not completely left justified. Instead, the return address, date and closing of this style are typed after the letter writer tabs to the centre of the page. This allows these elements to appear to the right of the page. Due to the closing being to the right, the writer’s signature will also appear to the right. Modified block format is also considered a traditional format for business letters and can be found in many word processing programme’s templates.

Semi-block format is probably the least used format for business letters. This style is formatted much like block format but each paragraph of the body is indented rather than left justified. For this reason semi-block formatting is sometimes also known as indent or indented format. Most often this format is used for personal business letters. This style was popular prior to personal computers and word processing programmes, when using typewriters was more common, which gives it a slightly outdated feel for most business communications. Unless you have a reason for selecting this format it is probably best to default to block or modified block, which will be more readily available to you in word processing programme templates anyway.

Just as important as how a letter is formatted is the font in which it is typed. Times New Roman in font size 10 or 12 is accepted as business font around the world. Arial is also considered an acceptable font for many business communications, and if a letter is going to be posted online then easy-to-read fonts such as Georgia or Helvetica may also be selected. Your company or organisation may have a style guide which already advises on which fonts should be used for business letters, but if you do not then informally asking around is a good idea to find out if there is an accepted default. Fonts generally considered less acceptable for business letters include:

How you format your business letters and which font you choose to use in them can have a big impact on your overall message. Block, modified block and semi-block formats are the all accepted styles for business letters but each will make your words like different on the page. Accepted business fonts like Times New Roman and Arial will lend a more formal tone to your letter while straying into more creative fonts may take away from your overall message. Selecting your format and font with care will ensure that the style of your business letters matches the tone and information contained within and that your message is as powerful and harmonious as possible.

Striking the Right Tone in a Business Letter