Letter of Complaint About Incorrect Billing 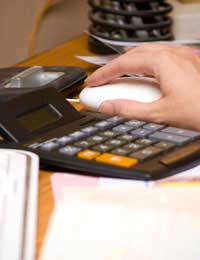 Content of a Letter of Complaint About Incorrect Billing

A letter of complaint about incorrect billing should very clearly state the charges that are in dispute and a copy of the disputed bill or invoice should be attached for reference. In addition to pointing out what has been charged incorrectly, the letter should include a reminder of what the correct charge should be and information on how the correct charge was decided upon originally. This might mean referencing a contract or other document, or reminding the supplier of past precedents and/or verbal agreements. If it has been agreed that there must be a notice period before prices and other charges may be changed then this information should be included as well as references to this original agreement.

Format of a Letter of Complaint About Incorrect Billing

Even if a letter of complaint about incorrect billing is meant to be a "friendly" reminder it should still be formatted as a formal business communication. This letter of complaint could become the first in a series of complaints or even be submitted to legal proceedings if the matter is not resolved. The point of sending a letter is to get the complaint down in writing and create documentary evidence of the dispute. To this end, the letter should include the names, job titles and organisational details of both the writer and recipient. Formal salutations and closings should be used. A space should be left for the writer's signature. The letter should be typed and printed on organisational letterhead and then delivered via post or courier.

Sample of a Letter of Complaint About Incorrect Billing

If you would like to discuss this matter please don't hesitate to contact me on [Telephone Number or Email Address].

Letter of Complaint Regarding a Superior
Share Your Story, Join the Discussion or Seek Advice..
If you have any further concerns please feel free to contact me any time.
Mheg - 27-Jul-20 @ 8:34 AM
i received one bill of Ph. No.(033 2403 0187) amounting to Rs1514.00 for the period 01/09/2018 to 30/09/2018 including previous month bill of Rs.756/46.showing pending though i got facility of ECS DUE TO NON PLACEMENT OF BILL IN TIME DUE TOOVERSIGHT presentbilling amount Rs.756.67 has been added to previous as such i would request you to pleaseplace the bill amounting to Rs.756.40 to my bank for payment under ECS and submit the current bill after correction.
sudripta - 24-Oct-18 @ 10:10 AM
I have write a mail to company for incorrect billing I have order other and billed other so how to write
Rahul - 1-Sep-18 @ 11:12 AM
Title:
(never shown)
Firstname:
(never shown)
Surname:
(never shown)
Email:
(never shown)
Nickname:
(shown)
Comment:
Validate: