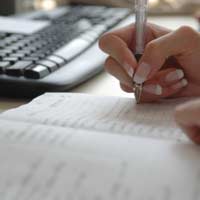 Office memos, also known as memoranda or sometimes “internal letters,” are a type of brief business communication through which employees exchange only information pertinent to a specific topic. These documents are usually short and to the point and do not require the niceties that formal business letters would include. How a memo is written will depend upon the audience and purpose of the communication as well as organised according to the information contained within. Memos often include attachments which must be identified in the document itself.

Audience of a Memo

Purpose of a Memo

Memos are a traditional method of business communication used to transmit short messages. Usually they let others know about problems or concerns, or to let others know that solutions have been found to such issues. Occasionally memos may also be used to alert others to the fact that solutions have not yet been found, or they may simply transmit information without there being a problem. Common subjects of office memos include:

Organisation of a Memo

Memos are organised according to a skeleton structure, that is they contain only the most basic components and information to keep them brief and specific. Most memos include:

Memos are intended to be brief business communications, so often rather than making them longer the writers will choose to simply attach other items which offer more information or context. Reports, white papers, applications, forms, business letters or emails from others, pamphlets, and spreadsheets are all common attachments to memos. In today’s office environment, however, with the ease of electronic communication and the capability to link to other resources, if an attachment would consistently reference online sites or pages it may be better to include a web address in your memo and direct others to read the information online rather than printing all relevant pages in order to attach them.

FROM: Robert Sullivan, Head of Sales

This year’s Multi Region Sales Conference will take place on 1 - 3 June in Sydney, Australia. The company will be inviting all members of the Eastern and Western Region Sales Teams and has asked that Managers determine who will be able to attend by 1 May, 2011. This will require determining who has interest in attending, who would be good candidates to present workshops and on which topics, as well as what the best travel plans for your group.

Food, accommodation and entertainment options are the responsibility of event organisers, and while company travel agents will book flights Managers must advise of the best travel dates for each attendant.

All sales team members should be advised of the opportunity to attend the Multi Region Sales Conference as well as their responsibility to meet all typical work responsibilities should they decide to attend. Company mobile devices and laptops must accompany all attendants in order for them to remain in touch throughout the Conference.